In February 2021 the founder of GMODebate.org (author of PsyReporter.com) posted a message on Houzz.com to request attention for the idea that plants are living creatures for which the concept ‘happiness’ may be applicable. The incentive for the post had been a news item about the discovery of moss balls that were moving in herds across the ice on the North Pole.

Later that month, a pet shop in Washington state sounded the alarm on a small mollusk found on a marimo moss ball. Shortly after, the banning of moss balls went viral on YouTube.

Despite the likeliness of a coincidence, still noteworthy to provide attention for moss balls and plant intelligence. 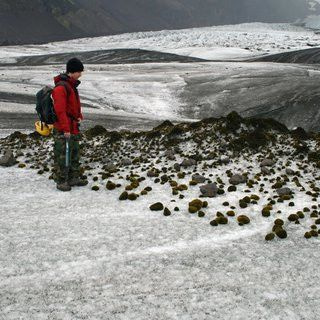 Herds of moss balls mysteriously roam the North Pole together

Glacier mice (moss balls) live on the ice and move by rolling. Scientists recently discovered that they move in herds across the ice.

The moss is not propelled by a slope, the wind or the sun, but the group moves in sync.

The glacier moss balls move together across the ice. Bartholomaus compares this to a school of fish or a flock of birds.

Bartholomaus said he hopes future generations will one day “sort out these great mysteries.” 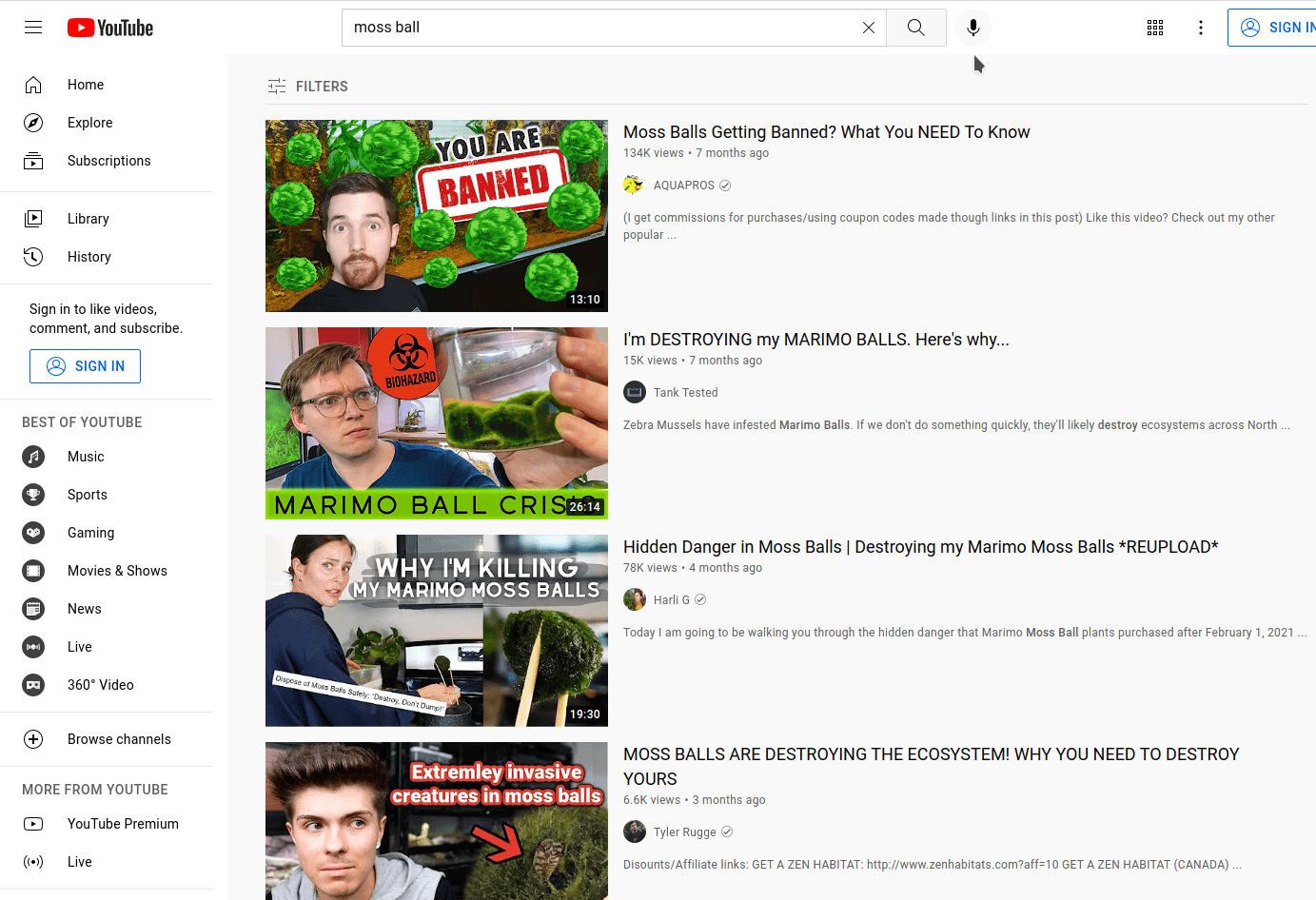 Moss balls are kept as pet by people around the world.

A quote of advice with regard care for a moss ball:

Waterlogged moss balls move up and down the fish tank. Remember, it’s a living organism and responds to environmental cues. We suggest you do your research to provide adequate care and also choose a place in your home before you actually make the purchase.

The movement of the moss balls across the ice on the North Pole is also an indication of intelligence:

“The whole colony of moss balls, this whole grouping, moves at about the same speeds and in the same directions,” Bartholomaus tells NPR. “Those speeds and directions can change over the course of weeks.”

He explains that herd of 30 moss balls that they observed first moved slowly southward before accelerating west, and then losing speed. The new data show that the moss balls don’t move randomly—but the researchers couldn’t yet deduce what’s driving them.

The glacier moss balls didn’t follow any pattern that the researchers checked. The moss wasn’t rolling down a slope, getting pushed by the wind, or following the sun.

There are small and large balls that manage to maintain the same speeds. This includes rolling up-hill and around rocks and obstacles. 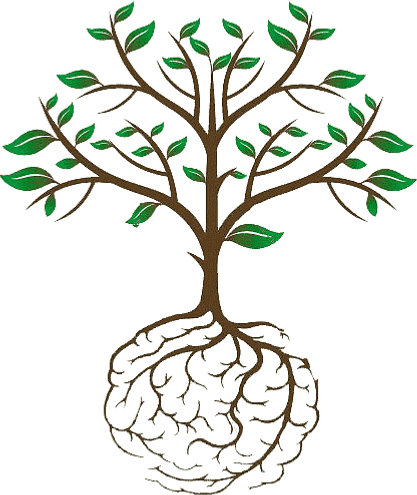 Recent scientific discoveries show that the root system of plants contains many neurotransmitters that are also present in the human brain, including dopamine, norepinephrine, serotonin and histamine.

The discoveries further indicate that the root system of plants can grow many billions of cells at the tips of the roots that function similarly to brain neurons. For some plants, it would result in a number of neurons that rival those of the human brain.

(2010) Recently surprising similarities between plant cells and neurons Source: ncbi.nlm.nih.gov (2014) New research on plant intelligence may forever change how you think about plants How plants sense and react is still somewhat unknown. Plants have a system for sending electrical signals and even produce neurotransmitters, like dopamine, serotonin and other chemicals the human brain uses to send signals. Source: TheWorld.org

(2015) Research Shows Plants Are Sentient Not only do plants engage in neuron-like activity and movement, they make mathematical computations, see us and, like animals that act altruistically, show kindness toward their relatives. Source: Good Nature Travel | The Society for Plant Neurobiology | The Society of plant signaling and behavior

This is not a misunderstanding of basic biology. Schultz is a professor in the Division of Plant Sciences at the University of Missouri in Columbia, and has spent four decades investigating the interactions between plants and insects. He knows his stuff. Source: BBC (2019) 🌸 Flowers are talking to animals—and humans are just starting to listen Scientists increasingly believe that trees and plants communicate with each other, various living things, and the environment. Source: Quartz

Philosopher: Plants are sentient beings that should be treated with respect His claim that a plant is a sentient “intelligent, social, complex being” has been contested by some biologists, but a stronger reaction has come from animal-rights activists and vegans who fear their cause is undermined by extending a duty of respect to plants. Source: Irish Times | Book: Plant-Thinking: A Philosophy of Vegetal Life | michaelmarder.org (professor) 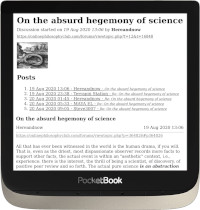