With GMO scientists are seeking to establish an empirical result. How can the empirical be the origin of itself - of 💗 love - of symbiosis - of nature's prosperity?

GMO is corruption of nature from the perspective of nature! GMO is eugenics that resides on the essence of inbreeding which is known to cause fatal problems.

GMO is an unguided (dumb) practice driven primarily by the short term financial self-interest of companies that originate mostly from the pharmaceutical industry, an industry that has a history of profound corruption.

A problem that affects a complete 'natural environment' - the foundation of human life - would be out of control and most likely unfixable. Issues with GMO might be a lot worse than a major oil spill and even a nuclear disaster when it concerns the natural environment, since GMO can affect a greater area.

(2022) 🦟 GMO mosquitoes spreading out of control in Brazil The GMO mosquitoes that were engineered to prevent reproduction may replace the native specie and cause a disaster to the environment. Source: non-gmoreport.com

Morality is neglected and animals and plants are considered 'meaningless bundles of matter' for human exploitation.

A case for the 'beyond science' nature of morality

Scientific evidence equals repeatability. What theory could possibly provide validity for the idea that only that what is repeatable, is meaningfully relevant?

There is logically more than what science can possibly explain. As an example, that more is currently addressed by the concept quantum non-locality with 'non' being a description of what the human is able to see in it.

Albert Einstein once wrote the following prophecy about the exploration of an 'other' world of meaning beyond the scope of science. 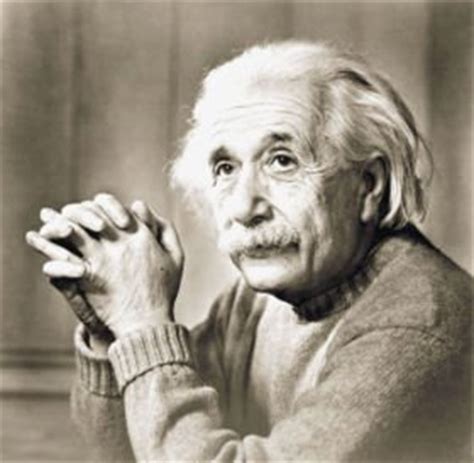 Perhaps... we must also give up, by principle, the space-time continuum,” he wrote. “It is not unimaginable that human ingenuity will some day find methods which will make it possible to proceed along such a path. At the present time, however, such a program looks like an attempt to breathe in empty space.

Within Western philosophy, the realm beyond space has traditionally been considered a realm beyond physics — the plane of God’s existence in Christian theology. In the early eighteenth century, philosopher Gottfried Leibniz’s “monads” — which he imagined to be the primitive elements of the universe — existed, like God, outside space and time. His theory was a step toward emergent space-time, but it was still metaphysical, with only a vague connection to the world of concrete things.

While it can be said that scientists can be moral and good intending human beings or to have an idea of morality that is socially acceptable, that does not imply that the most optimal morality is automatically served when it concerns practices such as GMO.

(2018) Immoral advances: Is science out of control? To many scientists, moral objections to their work are not valid: science, by definition, is morally neutral, so any moral judgement on it simply reflects scientific illiteracy. Source: New Scientist

When it concerns the interests of the future of humanity and that of nature, something better than a vague belief or idea is needed to prevent a disaster and to secure prosperity.

Well known philosopher 🕮 Emmanuel Kant once wrote the following about the fallacy that empirical motives (i.e. anything within the scope of science) can be a basis for morality.

Thus every empirical element is not only quite incapable of being an aid to the principle of morality, but is even highly prejudicial to the purity of morals, for the proper and inestimable worth of an absolutely good will consists just in this, that the principle of action is free from all influence of contingent grounds, which alone experience can furnish. We cannot too much or too often repeat our warning against this lax and even mean habit of thought which seeks for its principle amongst empirical motives and laws; for human reason in its weariness is glad to rest on this pillow, and in a dream of sweet illusions (in which, instead of Juno, it embraces a cloud) it substitutes for morality a bastard patched up from limbs of various derivation, which looks like anything one chooses to see in it, only not like virtue to one who has once beheld her in her true form.

The nature of morality 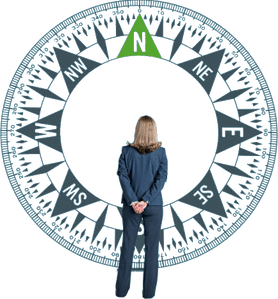 Morality can be seen as an intellectual capacity that is dependent on the potential for moral consideration and that potential needs to be facilitated in some way.

When it concerns morality, a good way to view it is that morality can only be neglected and principally it is never possible to know in advance what moral is. Morality always involves the question 'what is good?' in any given situation.

The use of morality to write rules is called ethics which belongs to politics. While it is good to create ethical rules, it is not possible to become moral by mere ethical rules. Ethical rules can only be used to serve morality, it cannot provide the foundation for it.

Morality can be seen as a form of long-term intelligence that can help stave off disaster and secure progress in ways that are vital for long term success.

Morality can be considered as an intellectual light (like consciousness) that can grow infinitely from the inside-out and the result of enhancement of that intellectual capacity is intellectual strength in the face of an unknown future (resilience).

Morality is about serving the purpose of life - good - in the best (wisest) way.

When humanity is to secure its future and to achieve an optimal path, it would be case that humanity is set to enhance its moral consideration potential with everlasting urgency, to be certain that whatever path it has chosen, has been given the right chance, to have been the right path.

GMODebate.org is not against science or scientific progress. The initiative simply intends to help secure the best and most optimal progress by making a case for morality with a 'beyond science meaningful relevance'.

Evidence for applicability of a "spirit" of nature

There is some evidence that a 'spirit' of nature (Gaia Philosophy) cannot be dismissed, while it in the same time cannot be empirically proven.

👨‍🚀 Astronauts report to experience an extreme transcendental experience of 'interconnected euphoria' when they view earth from space. It is called 'Overview effect on Earth'.

First we should understand why we don't already know of this profound experience, despite decades of astronaut reports.

Widely known in the space community as the Overview Effect, it is little known by the general public and poorly understood even by many space advocates. Phrases like "strange dreamlike experience", "reality was like a hallucination", and feeling like they had "come back from the future", occur time and again. Finally, many astronauts have emphasized that space images do not come close to the direct experience, and may even give us a false impression of the real nature of the Earth and space. "It is virtually impossible to describe... You can take people to see [IMAX's] The Dream Is Alive, but spectacular as it is, it's not the same as being there." - Astronaut and Senator Jake Garn.

(2022) The Overview Institute There's more to the pale blue dot than we know. Source: overviewinstitute.org

Many people report to have experienced a 'spirit' of nature, e.g. of a complete forest or of an underwater environment, which is perceived by them to be an intelligence that surpasses them (a human) in greatness. Some mention to have had such an experience with mountains and astronauts are reporting it for the earth as a whole.

What could that 'spirit' be? What is reported might concern in-the-moment 'signifying' on behalf of a priori meaning, i.e. morality in effect on a grand scale. Astronauts experience that as interconnected euphoria.

An example moral question could be: is the spirit of nature served by GMO? (does GMO improve the happiness potential in nature?)

There are parasites and bacteria that apply GMO naturally, however, the question 'should the human?' (for a short term financial profit motive) is a question that seems to be neglected, which might be irresponsible, with the stake being 'nature' - the foundation of human life.

In the case of the parasites and bacteria GMO is a destruction of 'the other'. It might not be wise to allow humans to perform such a practice 'on nature' in a dumb way merely for a short term profit motive.

GMO is an unguided (dumb) practice driven primarily by short term financial self-interest of companies that originate mostly from the pharmaceutical industry that has a history of profound corruption.

Conclusion: the question is unanswered and academic philosophy of 2022 didn't even get started on the topic "morality and nature" so that the answering potential of humanity is to be considered incapable.

The following article shows the state of the art of morality from the perspective of science:

(2020) How we make moral decisions The researchers now hope to explore the reasons why people sometimes don’t seem to use universalization in cases where it could be applicable, such as combating climate change. Source: Phys.org

The article shows that in 2020, science has just the “universalization principle” available for moral considerations and for guiding science.

👁️ Meaning beyond what science can “see”

How could the universalisation principle prevent a practice like GMO (eugenics on nature) when faced with a trillion USD synthetic biology revolution that reduces plants and animals to meaningless beyond the empirical value that science can “see” in them?

A better (new to be discovered) method for morality is urgently required to protect nature.